How’s this for a high-profile headline:  “Last Saturday night I got to shake hands and chat with the Navy SEAL Team Six Member who put three bullets in Osama bin Laden.”

That’s exactly what happened on Saturday, May 19 when I was invited to attend the Armed Forces Day “Celebrating Freedom & Honoring Service” Banquet in Amarillo, Texas. Armed Forces Day is a national holiday to recognize and honor those who are serving and those who have served in the U.S. Military. 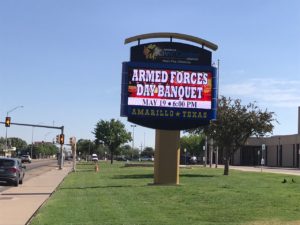 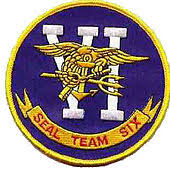 My invitation came from Board President Jack Barnes and his Foundation, America: Celebrate, Honor & Serve. About 900 guests attended the annual gala event held at the Amarillo Civic Center and free to military members and their families. The keynote speaker was Robert O’Neill, a FOX News war commentator and author of the book: The Operator – Firing the Shots that Killed Osama bin Laden and My Years as a Seal Team Warrior.

O’Neill turned out to be a pretty cool cucumber. When it was his turn to take the stage, the teleprompter screen went blank. You gotta wing it, bro. His SEAL training for dangerous and top-secret missions came to the forefront. He quickly checked his flanks, assessed the situation, and made adjustments to the plan that had been practiced over and over so mistakes were not made.

For the next 45 minutes, O’Neill delighted the crowd with an array of personal stories and training anecdotes that included his “Never Quit” mantra. Then came the overseas whopper that everyone was waiting for – May 2, 2011 in Abbottabad, Pakistan. You could hear a grenade-pin drop in the big room as that fateful night and ultra-tense mission was recounted in stark detail.

Three shots. Dead. Identify the body. Get out now. Pull files. Thanks for coming. Dismissed. After the speech, I got the plum assignment of accompanying O’Neill to the back of the banquet hall where he must have autographed more than 80 books and took pictures with everyone. No pretense, everyone got an audience with the former Navy SEAL and that camaraderie capped off an inspirational evening.

An hour later at the hotel bar, O’Neill mugged for more cameras and talked with a host of military attendees in full dress. Everyone wanted to shake his hand and say “Thank You for your service and coming to Amarillo.” Mission accomplished. Let’s roll. 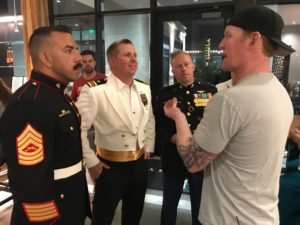 For the record, O’Neill stated in his speech that Zero Dark Thirty is a “good” film but not entirely accurate. He would know.